"For 15 years Nike has propped up an artificial commodities market, with a Facebook-level hyped IPO every single weekend." - Josh Luber (StockX Founder)

Watching this TED talk and specifically hearing the above quote from Josh Luber was what initially pushed me towards the idea of strategically trading sneakers by looking at trends, observing social media, and ultimately executing on market manipulative strategies for profit.

When most people think about sneaker reselling, they think about buying the sneakers for retail and dumping them on reselling marketplaces and consignment stores for 2x, 3x, and sometimes even 10x profit. However, getting in on a "sneaker IPO" is extremely competitive as it is dominated by tech-savvy individuals that leverage bots, an unending supply of proxies, and underground networks.

If you're not one of these individuals you'll be extremely lucky just to get your hands on a single pair of sneakers during a hyped release. Only a very small percentage of releases end up being hyped, so not every pair of shoes has the potential of being flipped for a profit.  Hyped releases are just too infrequent to provide a stable source of income unless you have access to a large supply and are able to purchase them at or near retail prices.

I was more interested in what comes after the sneaker release. Money is still made trading stocks after the IPO and you can definitely still make money trading crypto after an ICO, so it should be possible to be profitable trading sneakers well after their original release date.

I began browsing StockX's large inventory of sneakers—hyped and non-hyped—for my first trade. I was specifically looking at shoes that:

One shoe that fit the bill for me was the Zoom Kobe 9 "What the Kobe" (Specifically size 9 and size 9.5)

With the highest bid at $200 and the lowest ask around $250, I started accumulating and purchasing as many pairs as I could get my hands on below $270. In a span of a few months I purchased around 5 pairs in size 9.5 and 3 pairs in size 9; I bought as low as $227 and as high as $270. I was accountable for over 50% of the purchases in those sizes on StockX in that time period...I was all in. But hey, if prices were to ever go to $0 I would at least have a lifetime supply of stylish and slightly oversized basketball shoes to hoop in.

Given the high bid / ask spread, I was able to relist on both GOAT—another resale marketplace—and StockX at prices that undercut the lowest asks on the market. It took me around 6 months to fully unload all 8 pairs at prices between $320 - $400 with an average profit of $30.

After months of trading, I ended up with around $150 in profits and a dash of travel rewards points from my credit card companies sprinkled on top. Not a lot of money, but it felt good being a sneaker whale. When friends asked me what I was doing as a digital nomad, I would smugly tell them about my triumphs of manipulating the sneaker market, purposely leaving out the actual numbers to make it sound more impressive than it actually was.

One of those people was Robert, my roommate and now co-founder. He was specifically interested in what I was doing manually and suggested the idea of leveraging market data and mathematical models to conduct trades at a much larger scale.

To the Drawing Board

We began brainstorming and highlighting key strategies that we could potentially execute on. Those strategies expanded from my initial set of strategies to include:

We hypothesized that prices on vintage and rare sneakers would see upwards movement if they were seen being worn by public figures and influencers.

Travis Scott has his own line with Nike & Jordan that already demanded ridiculous premiums. He is also a sneakerhead who can be seen wearing vintage sneakers that have nothing to do with his brand. For instance, in September of 2018, he posted a photo of him wearing the "What the Dunks" that released way back in 2007. 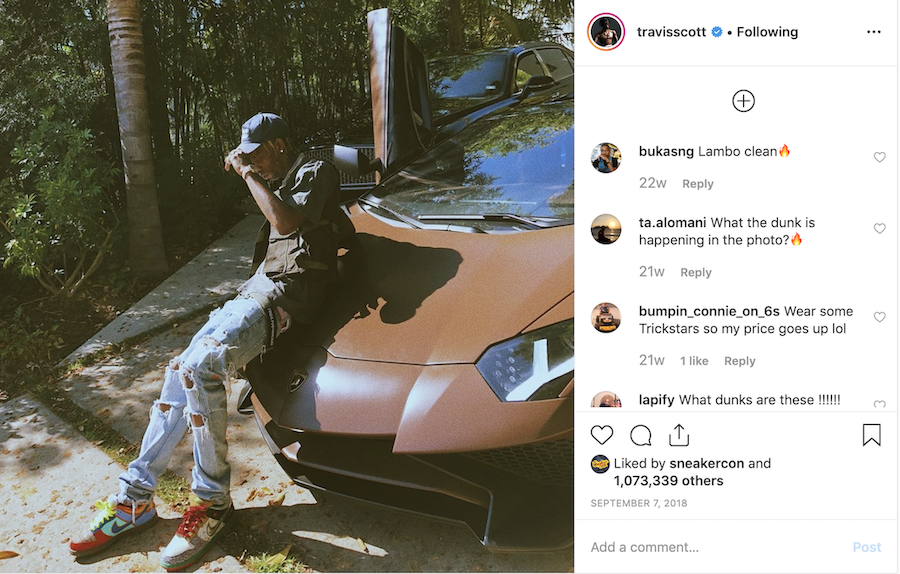 The shoe traded right around $2,000 for years and right around the time of the Travis Scott post, the prices started a meteoric climb. Now you'd be lucky to snag a pair for under $5,000.

You can see the whole Travis Scott collection here.

Unfortunately, we didn't quite finish building out a model that was useful for the kind of trading we were doing. We did end up building a price prediction model that took in pre-release sales activity on StockX and shoe-specific characteristics to forecast whether a new or upcoming release would be hyped or not.

Arbitrage trading between marketplaces was something that seemed most sustainable and most interesting to us. For example, while I was doing trades manually, I would notice that GOAT would consistently have higher prices than StockX.

In the months we traded we encountered both expected and unexpected challenges.

Fulfillment (Expected) - There wasn't a way for us to purchase a sneaker on one marketplace and directly ship it to another. It would be ideal if we could cut the middle process of handling the sneakers. Since we both are currently living abroad, we relied on my brother back in Los Angeles to inspect, store, and keep track of the purchases and sales that were coming through.

We ended up building a fulfillment dashboard for him so that he didn't have to log in to all the separate marketplaces to process a trade. The dashboard looked something like this:

He was able to track incoming both incoming and outgoing orders, print shipping labels, and file tickets for issues that would come up during our own physical inspection of the sneakers.

Inconsistent Verification (Unexpected) - When you purchase on ship-to-verify marketplaces like GOAT and StockX they act as an escrow for the transaction. A seller only receives payment when the sneakers arrive at their inspection facilities and have been verified as authentic. Unfortunately, we still had cases where we received sneakers which were fakes, had defects, not in the condition described, or had completely different SKUs. There were also multiple instances where we purchased an authenticated item from one ship-to-verify marketplace only for the item to be rejected a few weeks later when we sold back to the exact same marketplace.

We still have a sizeable portion of sneakers to unload, but in a span of a few months we effectively doubled our original investment, sold over $60,000 worth of sneakers, and racked up over 100,000 in credit card reward points!

Some of our most profitable trades:

Ultimately, our trades were possible because people didn't bother checking other sites before purchasing. Limited inventory is spread thin among online marketplaces and consignment stores all over the world. It would be extremely constraining for someone shopping for a sneaker to limit themselves to shopping on one option without checking out the others. While the industry is filled with companies, software, and cook groups that help sneaker resellers, there aren't many businesses focused on helping consumers (the people who buy & actually wear the shoes).

Plugd is something Robert and I spent the last 2-3 months building to help fill the void. Plugd allows buyers to cross-shop and compare prices from reputable marketplaces and consignment stores in real- time. This not only gives buyers a higher chance of finding the shoe they want, but also ensures that they aren’t overpaying for their sneakers.

Plugd is currently available on: Web, Chrome (via Chrome Extension), and Android.

If you want more info on what we're building or have questions about our sneaker trading operations reach out here. 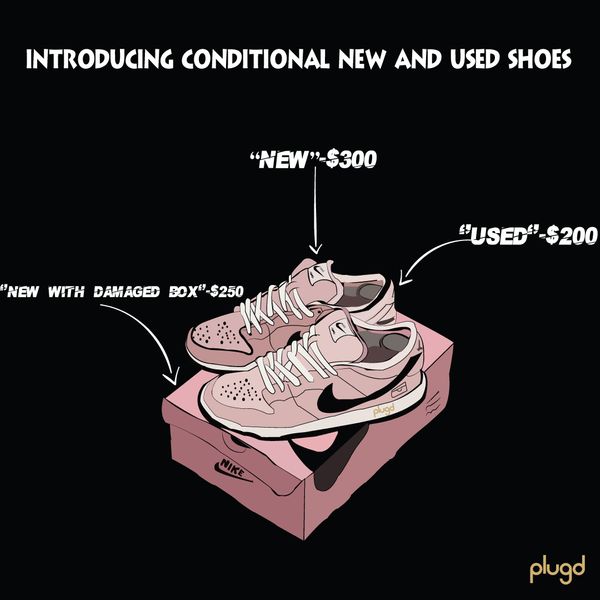 Starting from today, you'll be able to see prices and browse used shoes on the Plugd platform. Since releasing Plugd to the public, this has been one of the most requested features. We've been listening to all the requests and spent the past month building it.